← back to
Damnably
Get fresh music recommendations delivered to your inbox every Friday.

Christmas, It's Not a Biggie 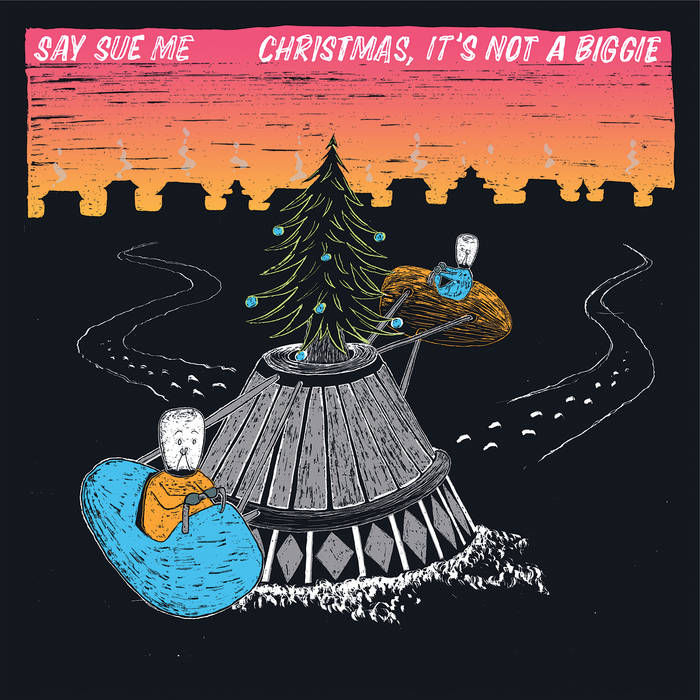 Diogo Barbosa This will be another great EP.

Damnably is thrilled to be releasing this Chrismas EP from Busan's Surf/Indie-Rock/Pop quartet Say Sue Me on 12" Vinyl, CD and Digital Download.

Following well-anticipated showcases at SXSW in 2018, Say Sue Me released sophomore album [Where We Were Together] and a Record Store Day special covers EP [It’s Just A Short Walk!] and the [Just Joking Around] single. Their blend of indie rock, dream pop and surf has been widely met with critical acclaim from the likes of Pitchfork, The Fader, Stereogum, NPR, KEXP, i-D, Dazed, ELLE, DIY, BBC6Music's Lauren Laverne, Gideon Coe and Tom Ravenscroft and many more.

Pitchfork
“…delicate, bruising music about indecision and loneliness (and lots of drinking).”
MTV
“…your new favorite indie rock band from Korea!”
Billboard “Korean indie quartet Say Sue Me is on the up-and-up…”
NPR
“…jangly indie-pop, handclap-rich girl-group classics and the lightly rumbling sounds of early surf-rock. At once stylish and timeless…”
Stereogum
“…evokes late-album indie-rock epics such as Yo La Tengo’s “We’re An American Band” or Pavement’s “Fillmore Jive”…"
KEXP
“…jangle-pop hooks, stunning vocal melodies, and intricate guitarwork that stands up proudly against some of their influences like Yo La Tengo and Pavement…”
The Fader
“Really sweet, melodic rock that makes me feel like I’m in high school.”
Bandcamp Daily
“…Nary a song on Say Sue Me isn’t a total ear worm.”

Recorded by Hakju Chun at Mushroom Recording in Seoul &
and mastered by Matthew Barhart at Chicago Mastering Service
.